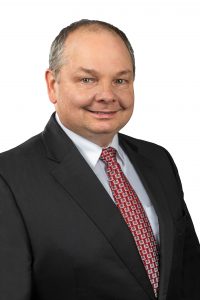 I took a screenshot of my “Task List” today. It shows that I have one seriously overdue task, one that dates back to January 30, 2014. The bad thing about this task is that it can never be completed. There are no “do-overs.” My busy life has moved on. I would like to share with you why it can never be completed and, more importantly, why it won’t ever be deleted.

This story begins in rural Iowa in 1968. I grew up as the oldest son of a single mother. My mom married my stepfather (Robert Atterberg) when I was in sixth grade. He was a great man and instrumental in changing my life. I still consider him my father. I knew nothing about my biological father — it was a subject not talked about in my house.

In May 1992, I was attending college at Auburn University when I received a surprising phone call. My biological father was on the other end of the line. He introduced himself as Tom Hasten and apologized for waiting 24 years to call. He wanted to know if it was OK with me if he came to my college graduation. The first thoughts that came to my mind were something similar to song lyrics, “My name is Sue, how do you do?” from the hit Johnny Cash song about an estranged father and son.

After a long awkward pause, I stated that it is a free country, and Auburn is a public university, so of course he could attend. He thanked me and asked if it would be OK if we met, and I said, “Sure.” He arrived at my graduation having hitched a ride with my stepfather, who had invited him along for the ride. (I told you my stepfather was a great man.)  We met briefly, and then he left. Later that year, we went back to Iowa for Christmas and visited with Tom and his extended family. On that visit, we learned that his life was rough, and that he grew up tough, which explained why he was kept out of my childhood life.

This isn’t one of those neat Hallmark stories where a long-lost son reconnects with his father, and they live happily ever after. After our initial meeting, life went back to what it was before the day I got “the call.”

Flash forward to September 2013, and I am on my way to Canada for a fly-in fishing trip when my cellphone rings. There is a private investigator on the line, and she indicates that she has been hired by the University of Iowa hospital to locate a Vernon Hasten (me). I indicate that she has found him and ask, “Why?” She states that based on legal records, I am the next of kin of Tom Hasten, and they had searched for me so I could make medical decisions for him. She proceeds to put the hospital administrator and a lawyer on the phone, and they inform me that Tom is in a coma and will die without medical procedures. I ask if Tom has any other living relatives who might know him and what he really would want regarding his treatment. They indicate he has a sister and that if I say the magic words in a recorded conversation, I can empower her to act on his behalf. I say those magic words, thinking that all is well, and then proceed to Canada, where I have no cell service for a week. I catch a lot of fish.

Back to the Real World 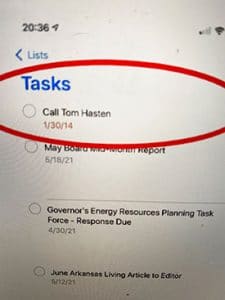 As soon as I regained cell service one week later, my phone rang almost immediately. I also happened to notice that I had many missed calls. It was the university doctors again. The sister had changed her mind on making medical decisions. They now wanted me to take back the magic words so I could make medical decisions to save the life of a man I barely knew. So, I authorized them to perform several medical procedures, and just like expected, they saved his life.

I received another call in the fall of 2013, this time from a nurse from the assisted living center where Tom had been assigned when he was released from the hospital. She said Tom had asked her to call to thank me and let me know that he had quite a few other things he wanted to tell me. I was on the road, headed to a power plant for work, and I told her I was busy for the next couple of days but would call back soon. I took her information and dutifully logged a task on my calendar, well into the future, to call back. (I am sure that I was doing something very important for the electric cooperative at the time; I just can’t remember what it was.) Back in those days, I was always on the go and only able to get home two nights a week, as I was working in Springfield, Missouri, with the family in Macon, Missouri, four hours away.

Starting on January 30, 2014, I kept getting a reminder every time I opened my laptop, to “Call Tom Hasten.” But Vernon “Buddy” Hasten’s task list includes one item that “can never be completed” and “won’t ever be deleted.”

I was too busy, and when I finally got around to it a couple of weeks later, it was too late. Tom Hasten died on February 13, 2014. He took his secrets to the grave.

One thing is for sure; I will never know what he wanted to tell me, and I will never be able to complete this task.

This life experience taught me a thing or two about priorities, and it sure added some perspective on timing. Because I am not naturally good at work/life balance, I keep this task on my iPhone and on my laptop to remind me every day about these 2 things:

Last month, I turned 53, and this was a significant reminder to me. You see, one of the finest men I have had the privilege to call my friend, Roger Neumeyer, died unexpectedly on July 24, 2018, at the age of 53. Roger did everything right, and his life was an inspiration to many, me included. I knew that if I called Roger at 4:30 a.m. every day, he would be making a six-egg white spinach omelet, and if I called right after work, he would be at the gym. I knew not to call on Sunday morning because Roger would be at church. Roger was a mountain of a man, both physically and spiritually. He had a powerful presence, and he was the best among us. I felt that it was unfair that God called Roger home so soon. Roger’s life is a stark reminder that, while time is infinite, our time on this planet is not, so make the best use of your time.

I try to follow the five-year rule these days when prioritizing time. There are times when work and obligations must come first, but not always. There are also times when family and friends take priority. If there are two things competing for my time, I ask myself this question: “Five years from now, who will remember if I was there or not; which one will be most memorable?” If I had a time machine, I would have made that call to Tom Hasten or, even better, taken the time to drive to Iowa to sit down and visit with him.

The message is this: Life is short. Careers are important. But families and friends are more important. Your family and friends remain in your life well after the career is over, and you MUST be present to win. At the Electric Cooperatives of Arkansas, we place a top priority on our families, and that is one of the keys to “The Cooperative Difference.”